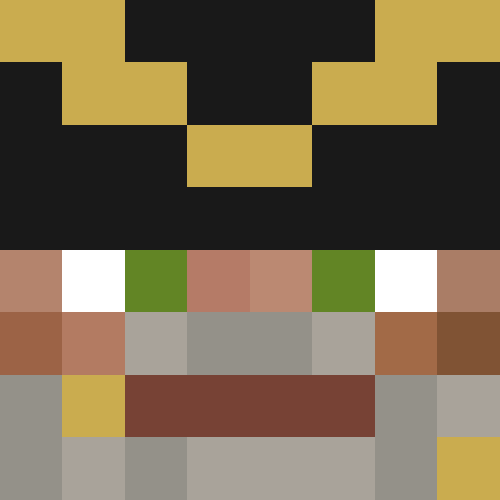 MythicHaven has now updated to version 1.18.2 across all servers. You will need to make sure your clients connect using 1.18.2 in order to continue playing with us.

Website
Our website has received a huge facelift! In addition to a new theme and layout, we've added two new features:

- We now have a proper announcements section on the homepage; this will mirror the important parts from Discord and serve to better assist our players who do not use this important method of communication.

- Our staff applications have been moved from Discord to the website and onto a proper application form. Applying will require you to register and create an account on the site. The registration process is very quick, so we hope that if you're interested in applying for staff you'll take the time to do so. Plus, you'll appear on our staff page on the site!

Our server map has also been updated for the month of March to include the extra space around the world border. Remember, this map is provided as-is and will only be updated as needed to accommodate new terrain generation.

Chat
Chat has been unified across all servers, so now you can even use /msg or /mail when on a different server in the network such as the Hub. Maybe now us pesky staff on the Dev server might even know when you're talking to us

Talismans
During the recent drop party, we released a little hint of this feature with the addition of five talismans to the game. A talisman is an item which is held in your off-hand and grant various bonuses. Well, now you can access 11 talisman types, with the ability to upgrade their power; there is one for each job. You can obtain the basic talismans via the Vote and Party crates.

To upgrade a talisman to the next level, you will need four craftable Upgrade Gems of the same level as the talisman, plus the talisman in the crafting grid. A basic upgrade gem uses a Heart of the Sea, 4 amethyst shards, and 4 emerald blocks to craft. To upgrade a basic upgrade gem to the next level, you need 4 amethyst shards and 4 emerald blocks for EACH LEVEL plus the gem in the crafting grid; this means 8 shards and 8 blocks for Level 2, 12 + 12 for Level 3, etc.

A screenshot of the crafting recipe will be posted to the wiki and to Patch Notes on Discord showing the shape.

SafariNets
By popular request, the SafariNets plugin has been added to the server. SafariNets allow you capture mobs using a special net, turning them into a spawn egg that you can later release. These spawn eggs will even retain NBT data, so you can transport things like named pets or saddled pigs. The nets themselves can be purchased for either in-game money or crystals via /crystalshop. Two varieties of nets are available: single use, and reusable. You can only catch mobs that you've unlocked via ranking up; this list will be added to /ranks shortly; you can release ANY mob egg that you possess however, but this cannot be used in protected areas.

Advancements
Tons of new advancements have been added via a datapack giving players lots of challenges, some even come with rewards!

Enchantments
The new system has been fully implemented and all enchantments are now available at your enchanting tables; enchants are subject to modification and removal depending on how they interact with the server. Refunds for your existing enchant unlocks and enchantment keys will come soon

RPG
Our upcoming RPG is next big focus and major content updates for Towny will slow down for the next little while.

Upcoming Events
To make up for the slowing down of Towny content in preparation for the RPG release we will be hosting a variety of events in the near future, ranging from scavenger hunts, to build competitions, to KitPVP and Paintball tournaments. We hope that you all will make an effort to come join us and try your hand in the games!

St Patrick's Day
To celebrate St Patrick's Day this March 17th, 2022, we're releasing a limited edition kit on the webstore. This kit comes with a special dyed leather Leprechaun Suit with Unbreaking IV, an Ireland head, a money bag balloon, and a Pot of Gold redeemable item which grants $1,000 in-game money and 50 crystals. This kit is usable once per month, and costs $3.17 on the webstore.

Everything on the webstore will also be 17% off until midnight Sunday night!